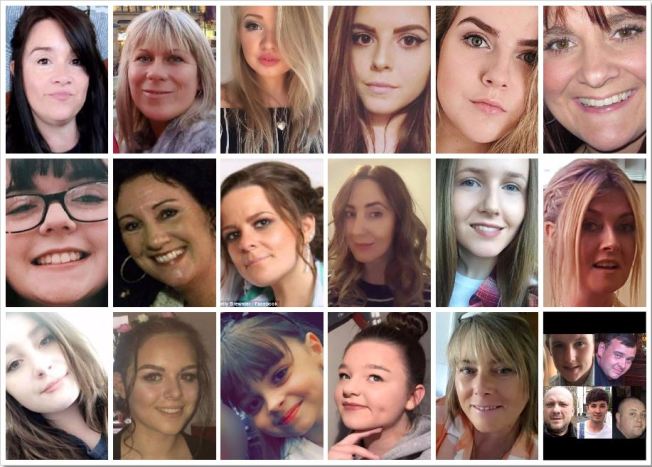 We now know the names of the 22 people confirmed dead in the attack in Manchester, and we know the 17 of them were women and girls.  Whilst not to deny or denigrate the lives of the 5 men that were also taken, it is essential that we view the attack as an attack on women. The attacker chose an event, an  Ariana Grande concert, with a fan base in which girls – preteen and teenage – dominate.

Daesh have claimed responsibility and so the attack is rightly framed in the context of religious extremism.  The patriarchal oppression of women by men is at the heart of this ideology,  and in that respect Daesh is not alone.  Inequality between women and men and men’s violence against women go hand-in-hand the world over.  It is estimated that across the globe  66,000 women and girls are killed violently every year .  Generally those countries with the highest homicide rates are those with the highest rates of fatal violence against women and girls; but other factors are at play too,  countries with higher levels of sex  inequality also have high rates of men’s violence against women and girls. The UK is no exception, this year, even before the attack in Manchester, at least 37 UK women had been killed by men.  Links between men who perpetrate violence against women  and terrorism are now being identified; and mass killers, including school shooters, are almost always male.

The prevent agenda, one of the 4 strands of the UK governments counter-terrorism strategy,  has been condemned as toxic and anti-Muslim, as reinforcing rather than healing mistrust, but cultural relativism is not the solution.   If we want to tackle terrorism, we need to understand and acknowledge that structural inequalities that create the conditions for violent hatred – be they grounded in patriarchy– or imperialism or  capitalism  – are critical and that solutions, if they are to have any impact, need to be equally ambitious.  We also need to make sure our definition of terrorism includes acts of violence perpetrated by those claiming to be motivated by the aims of ideologies held, or perceived to be held, by populations who are mainly white. Religion is one of the tools of ideology. We need to push for a secular state, that doesn’t have to be about the absence of religion from the lives of those who choose it, but it does mean the separation of religion and the state.   Of course if we are to learn from the mistakes of imperialism, this means that the West cannot impose secularism on the Global South.  But we can redouble our efforts to fight for universal Human Rights for all, and human rights fully encompass women’s rights. The right to life, the right to freedom from torture, the right to freedom from slavery: men’s violence against women and more broadly the oppression of women is an international human rights crisis.